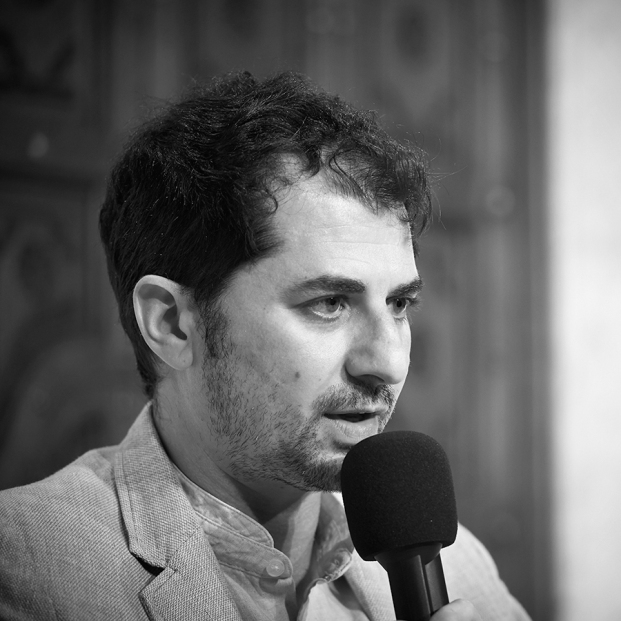 “Why is that the memory of evil is not able to change human beings? What is the use of memory, then?”, Primo Levi asks himself in his masterpiece, one of the great masterpieces of all times, “If This Is a Man”, his story of life in a Nazi camp during the World War II.

“Animals live in an infinite present, they have no memory. And that is because they don’t think. They cannot think” said Nietzsche in “The Gay Science”, adding that he felt jealous of animals because that was their salvation, thinking can lead to madness.

But “thinking is nothing more than a silent conversation that each one of us makes within himself”, Plato used to say. And maybe we understand now why he is the inventor of the Dialogues—all his first books were called “Dialogues”.

It was his way to write the thoughts of his master, Socrates, who was a wise man but in fact never wrote a single word. He knew that writing was already too much, it would have been showing “forever” to know something. But he kept on saying his whole life that the only thing he knew was that he did not know anything. His student disagreed. Plato thought that truth could be found, and the way to find it was through a dialogue. This is how he invented logic, the system of thinking that led to science and all that we know today. Every concept had to be found answering yes or no to many succeeding questions, exactly how we do it in a dialogue.

I always like to think that Plato invented the Dialogues not only because he was a student of Socrates but also because he used to travel a lot. He lived in Greece of course, and in North Africa, in what is today the Middle East, and in Italy. Plato was open to different cultures, different ways of thinking.

“In the beginning was the Word” says the Bible.

“Read!”, according to the Quran, is the first verse of the first paragraph that the Archangel Gabriel dictated to Muhammad on Mount Hira.

But, as we might have understood, there is no word spoken or written without at least two people. Or even one, ourselves, but acting as two, “talking silently to our heart”, as Plato would say.

So, in the beginning was two!, we might say.

But I always believed that is not me deciding consciously to tell something that I consider very important (an urgent truth, an incredible secret, a scandal… something very important for me) to someone I intentionally choose.

I think it actually works the other way around: and in fact often we are surprised about a person to whom we tell a secret. Truth comes out, we can say, and it comes out shared, and it (the truth—or we might say “she”, because for the Greeks it was a Goddess) decides to whom we share it. We are surprised by truth.

So, yes, God was right, Allah was right: in the beginning was the Word.

But the Word—always shared in a dialogue—tells us who we love, which one is our community. In the end: who we are.

Why do I say all this? Because we are living in an age without love. We are at war. There is only one person—one very important person—who clearly says this today: Pope Francis. And it is curious for me, because I am not used to agreeing with the Church. He says: we are at war. And this war is a new war, not like the First World War, not like the Second World War but it is a world war. In some places this war is more akin to past wars (Syria, Afghanistan, Somalia, Lybia, South Sudan, Congo, Eritrea for example), in others it is different (the Western world), but the war is there. The two sides are no longer simply one against the other—one facing the other.They are now one inside the other.

And that there is no love is obvious for me also because this is the era of silence.

Try to think of this: sixty million people moving all together in these same age. Something that has not happened before in all of human history. Sixty million. Forced to leave their countries because of the war. Eleven million only from Syria alone in five years. Three million from Somalia. Two million from Eritrea. And so on. Sixty million. It’s an incredible number, difficult to imagine.

Sixty million. And all silent. This is a silent migration.

When I think of the refugee camps in the heart of Europe—Idomeni camp at the border between Greece and Macedonia; Calais, between France and the UK—I see silence. People forced to leave their loved ones, in incredible journeys of thousands of kilometres, and stuck somewhere in the “Western” world, because in Europe countries are building walls.

This is truly epic. This is literature becoming reality. This is the Bible. The Quran. Homer’s Odyssey.

And it is the same war that Europe is fighting. By selling weapons, by supporting one part or another, by proper fighting. Europe feeds the war in those countries and then, when people are forced to leave, the Western world doesn’t want them.

I went to those refugee camps. I went many times to Lampedusa to try, as a writer, to understand the epic of my time. In Lampedusa I met the people who succeeded in crossing the Sea (sixty thousand people did in that same Sea in the last twenty years, by the way) and what I saw it was silence.

No dialogues. Only silence. These people are astonished. They do not believe in talking anymore. They have lost the Word. Because they have lost the logic (of the world). And Europe lost it too. Instead of words spoken, I saw a piece of cardboard, brown. A very small baby girl was holding it. It said: “Please open the borders”. “Please”. No one was screaming. “Please”, written on a piece of cardboard. Very gentle, kind. Silent. Silence.

Edward Saïd, a Palestinian-American writer, in his masterpiece, called “Orientalism”, wrote: “Orientalism is the whole of all institutions created by the Western World in order to handle its relationships with the East; institutions that involve economic, political and military forces. But—continues Saïd—cultural factors are also needed”.

Hamid Dabashi, an Iranian-American writer, echoes Saïd. In his book “Can Non-Europeans Think?” he follows those ideas and analyses how much Western culture has “created” the East, its image and its imagination, and how much the Eastern world finished by agreeing with it.

This is why in my last two books (novels) I tried to write two stories which are fundamental to understanding the world in which we live, from my perspective: the story of a Somali girl with the dream of running who, in order to qualify for the London 2012 Olympic Games, becomes a migrant and dies in the Mediterranean Sea (“Don’t Tell Me You’re Afraid”); and the story of a very young warrior who fought with Islamic fundamentalists, saved by the power of Love, and who now spends his days keeping humble young people away from the war (“The Great Future”). Two Somali stories, a country which Italy colonised but two universal stories. So I went to Italy’s former colony several times. And yes, they are true stories. But I made them become something different: literature, something universal, fairy tales, legends, myths, epic.

And, overall, I jumped the cultural “short circuit” which Saïd was talking about: my characters speak in first person. And this is because there is one thing that makes all of us equal: our soul, or whatever you want to call it, our participation in the human being. And this is the same for everyone.

And yes, the first one of these two novels is translated in 40 countries (the second just came out in Italy), and yes: in Arabic as well.

What I did was practicing dialogue. Just as Plato knew.

Primo Levi, referring to the Holocaust, wrote: “Why is that the memory of evil is not able to change human beings? What is the use of memory, then?”. But he also wrote, in the same book: “If understanding is impossible, trying to know is necessary. Because what happened can return, consciences can again be seduced and darkened.” And Levi continued: “Also ours”.

And I think this is one of the missions of literature.